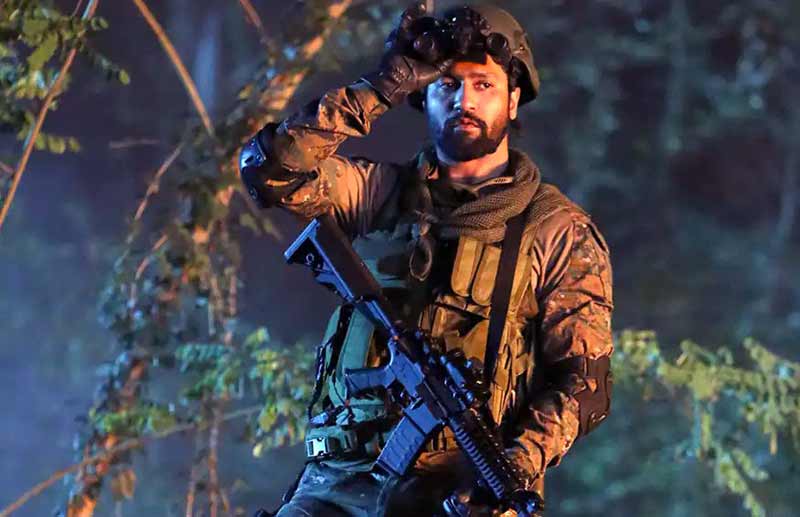 10 Top Bollywood Action Movies of 2019: As the year 2019 has ended and now it is time to count down some of the best top action movies of 2019.Though 2019 was not much good year for the action movies.This doesn’t mean there were no any good action movies we sew some of good movies (like 2 or 3)  this year .Therefore ,We have come up with the list of some of the best action adventure,action comedy, action thriller Bollywood movies  of 2019. Many high
budget movies with high expectations were disliked by audiences whereas low budget succeeded in wining the heart of audiences.

Our list of 10 top Bollywood action movies of 2019 is based on critics rating, IMDB rating , Rotten tomatoes rating,how much the movie succeed in  entertaining the audiences and also the ratio of box office collection to the budget of movie.

Based on the true events of 2016, when Indian Army avenged a deadly terrorist attack by carrying out a surgical strike. If you haven’t watched this movie then its time to buy DVD or open you movie watching platforms

Synopsis: The story of a Sikh warrior who participates in the Battle of Saragarhi while yearning for the respect of his estranged daughter.

War director by Siddharth Anandan is an action thriller movie.I have  placed this movie in our top 10 list  because of only its ratings and  action sequences rather than story-line and audience engagement.I personally didn’t liked movie much.If you love action movie whatever is the story line then you can watch this else i think you should check other movies.

Synopsis:The story revolves around a vet, who on his homecoming to his father’s elephant reserve, encounters and fights an international poachers racket.

Well i think movie has got good action sequences and will not waste your 2 hours.You can watch this movie if you love animals and animal related movies.

5. Manikarnika: The Queen of Jhansi

Synopsis: Story of Rani Lakshmibai, one of the leading figures of the Indian Rebellion of 1857 and her resistance to the British Rule.

This historical drama action movies didn’t made much at the box office though the story line and the movie plot is good.

You can watch this movie if you love drama crime action movies.THe only reason i have placed this movie in 6th no is because there is not much action but the movie plot and storyline character development is very good.

Synopsis: A suicide bomber loses his memory and has a bomb attached to his heart. It is up to the police officers to prevent this bomb from exploding.

Synopsis: A group of intelligence officers embark on a top secret mission to track down a wanted international criminal.

Synopsis: A mysterious man is on an impending mission to attack the country from his base in London. Karan Singh Dogra sets out to hunt down the antagonist aided by the British Intelligence. Will Commando be able to prevent the attack and save the country?

Synopsis:An 8 year old boy, Bharat, makes a promise to his father that he will keep his family together no matter what a promise that he keeps over the next 60 years of his life.

So that was it. If you think we have missed out any best Bollywood action movies of 2019 or you are unsatisfied with our top 10 list of  Bollywood Action movies do not hesitate to comment down below.