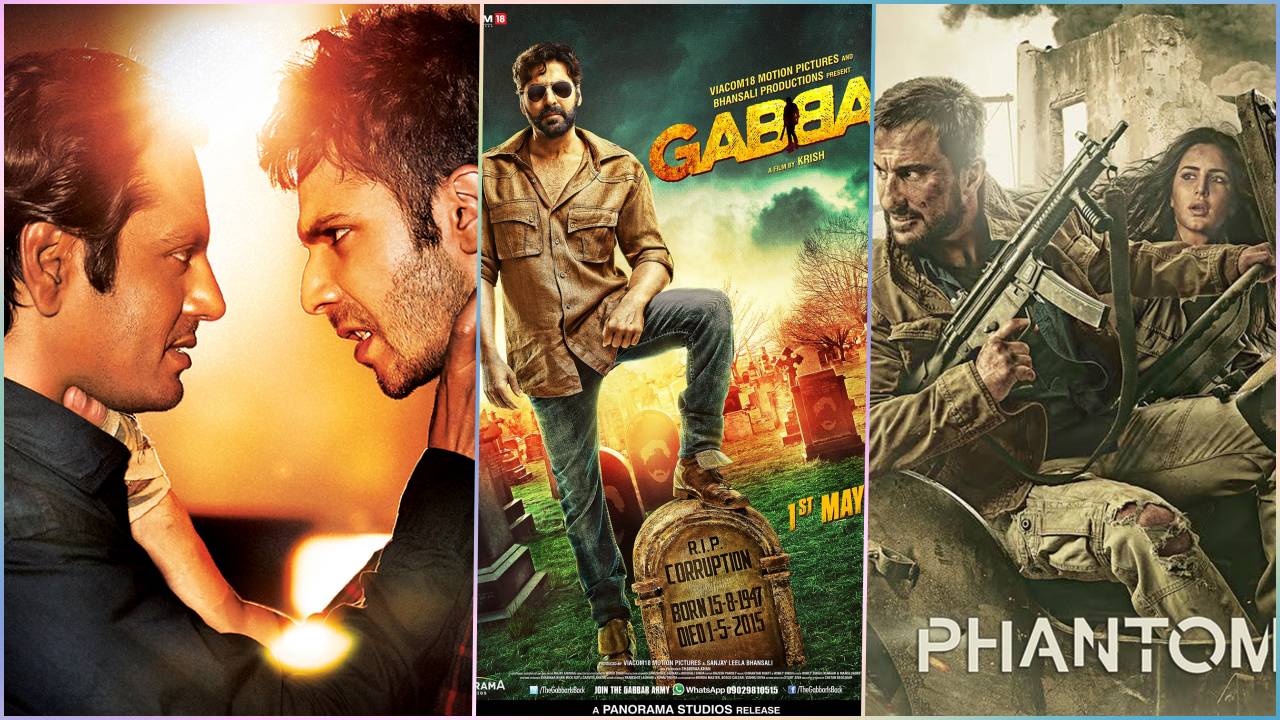 As the year 2015 has ended and now it is time to count down some of the best movies of 2015.I think 2015 was a good year for the action movies. We saw many great movies and full of adventure and with best of the story. This year Many high budget movies were disliked by audiences whereas low budget succeeded in wining the heart of many audiences.

Though 2015 brought changes in Bollywood but sadly there was not much change in the action genre. As it is our job to count down the best Bollywood movies of 2015. Therefore ,We have come up with the list of some of the best actionadventure,action comedy, action thriller Bollywood movies  of 2015.

Our list of 7 top Bollywood action movies of 2015 is based on critics rating, IMDB rating , Rotten tomatoes rating, how much the movie succeed in  entertaining the audiences and also the ratio of box office collection to the budget of movie.

Synopsis: Pawan, a devotee of Lord Hanuman, finds a girl, who is speech impaired, lost in Haryana. He soon learns that she belongs to Pakistan and sets out to reunite her with her family at great personal cost.

I have watched many movies of Salman Khan but the movie i liked the most is Bajrangi Bhaijaan. Bajrangi Bhaijaan is the perfect mixture of outstanding visuals, Action,Adventure, crackling dialogue and emotions.I will definitely suggest to watch the movie at very first position.

Synopsis: Raghu loses his wife and son when two bank robbers steal their car in a bid to run. Devastated by the incident, Raghu decides to take revenge on the culprits, Liak and Harman, for killing his family.

I was little confused while making the list of top movies whether to place Badlapur at first position or at the second because i was really convinced when i watched the movie but i made decision to put in second position as it has slightly lower rating than  Bajrangi Bhaijaan. There is no doubt in movie being  interesting , full of action as well as a great visuals and  storyline also i would suggest to watch it for at least once.

Based on: Ramanaa; by A. R. Murugadoss

Synopsis: The city’s administration wrongs Aditya, a commoner. To avenge his tragedy, he disguises himself as a vigilante, Gabbar, and teams up with honest government officers to expose the corrupt.

Gabbar is back really brings changes to the way we think and shows tragedy about how some of the Indian private hospitals are looting the innocent people.I Think the movie will not bore you for second watch also so stop looking for good movies and try to watch some of the movies from this  list and also don’t forget to watch Gabbar is Back.

Synopsis: The heroic Peshwa Bajirao, married to Kashibai, falls in love with Mastani, a warrior princess in distress. They struggle to make their love triumph amid opposition from his conservative family.

Most of the  people prefer to watch romance action movies and if you are one of them then go for  Bajirao Mastani.

Synopsis:  David and Monty, estranged half-brothers, train in mixed martial arts after losing their livelihoods. However, the two have to compete against each other in the final tournament.

A good movie to be watched for the action sequences and visuals.The movie is one time watchable.

Synopsis: Daniyal, a disgraced Indian soldier, and Nawaz, who works for an American security agency, face many trials and tribulations while they go on a dangerous mission to kill 26/11 suspects.

Movie made at international level and really good at action.You can watch this movie once with no doubt.

Synopsis:  Raftaar Singh always runs away from responsibilities. Frustrated by his behaviour, his father asks him to either marry Sweety or relocate to Goa and work with his father’s friend.

Action comedy movies really entertains audiences and i think Singh Is Bliing is a movie succeeded in making laugh the audience as well as providing good action.

So that was it. If you think we have missed out any best Bollywood Action Movies of 2015 or you are unsatisfied with our top 7 list of  Bollywood Action movies do not hesitate to comment down below.